Raleigh – part of the Triangle area of North Carolina – seemed far away for us. For quite some time, my husband and I would say we’d go, but each time, something else would come up.

However, history, the promise of a taco crawl and North Carolina’s azalea season were calling.

In April 2022, we made the short trek (3 hours from Myrtle Beach) to Raleigh for spring break.

The space between Myrtle Beach and North Carolina is full of history. Don’t be surprised if driving down a side highway you stumble upon a Civil War site or upon an old church or cemetery that’s been around since Pre-Civil War times. One of those pre-war sites was our first stop at the Old Bluff Presbyterian Church, a historic church founded in 1758 and built in 1855 near Godwin, N.C. The grounds even have an old spring that “quenched the thirst of the Highlanders, both Patriot and Loyalist,” according to the church history website.

END_OF_DOCUMENT_TOKEN_TO_BE_REPLACED 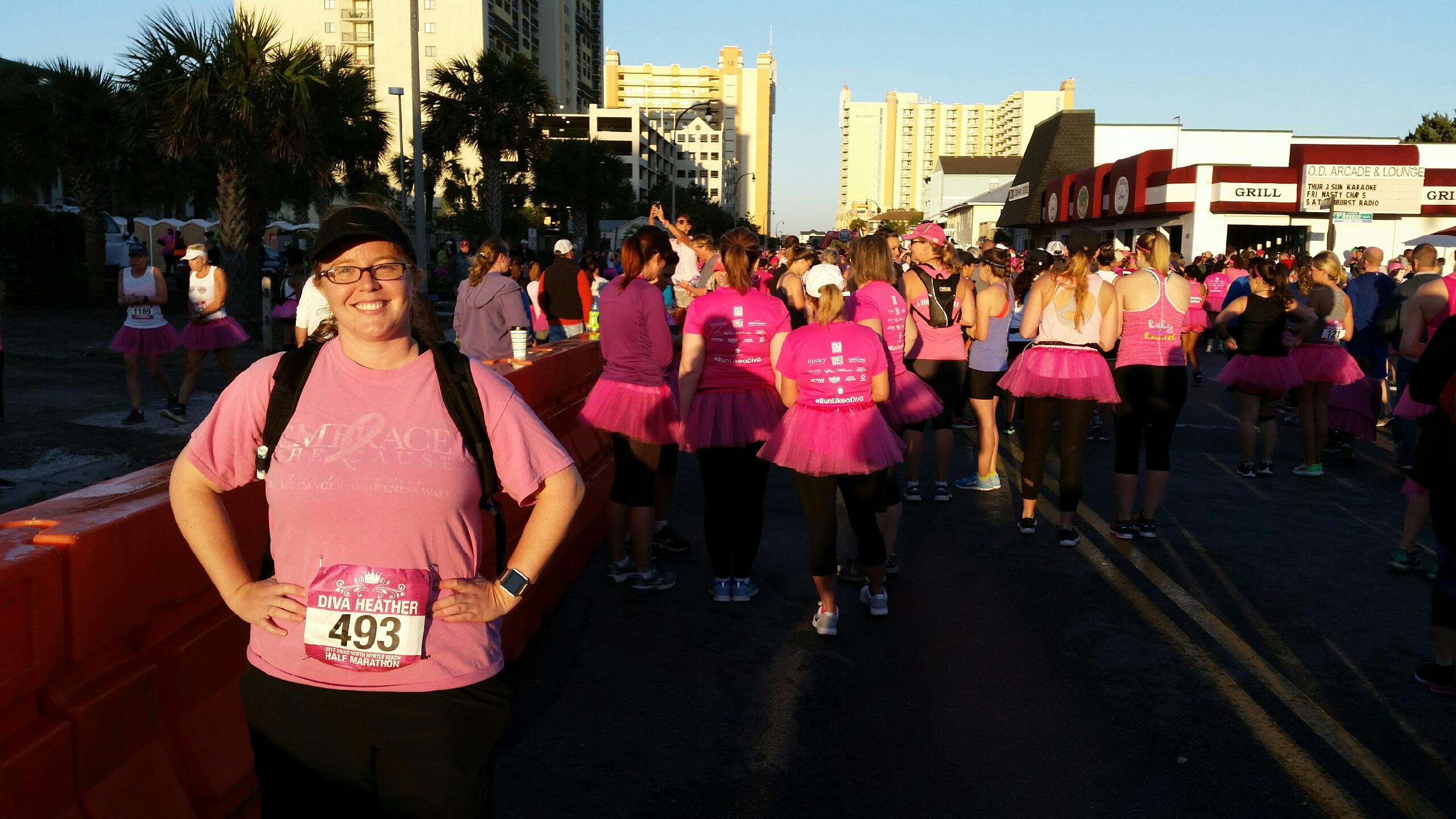 Before the Diva Half Marathon in North Myrtle Beach

In January, after years of starting and stopping exercise regimes, I finally committed to training for a half marathon.

I started from nothing. Day after day, for 20 weeks, I built my miles, stamina, endurance and determination. END_OF_DOCUMENT_TOKEN_TO_BE_REPLACED 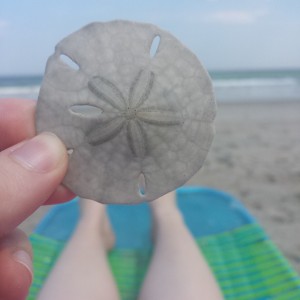 This weekend was another one spent at the beach. In our normal Saturday fashion, we pack up after lunch and head the 10-15 miles down to the beach.

This year, we purchased a South Carolina State Park pass and have been thoroughly enjoying Myrtle Beach State Park. So far, I would say it has the best beaches on the Grand Strand. END_OF_DOCUMENT_TOKEN_TO_BE_REPLACED

After seeing similar posts on other travel sites like the Matador Network, I thought it would be fun to compile a completely sarcastic list of reasons why not to visit South Carolina while actually promoting everything I love about the state. END_OF_DOCUMENT_TOKEN_TO_BE_REPLACED

On a random Thursday in April, my husband asked if he could take me on an adventure. He wouldn’t tell me where we were going or what to expect. He just said “don’t eat lunch.” END_OF_DOCUMENT_TOKEN_TO_BE_REPLACED

It is not every Monday morning that you find yourself looking forward to starting the work week. Most Monday mornings you can find me hiding in my bed until the last possible minute when I have to rush to get ready for the day. END_OF_DOCUMENT_TOKEN_TO_BE_REPLACED

I like to workout. Now, don’t give me that look. I am not an extreme worker-outer, but I do like it because it makes me feel healthy, happy and surprisingly gives me extra energy for the day. END_OF_DOCUMENT_TOKEN_TO_BE_REPLACED

When I was a little girl, one of my favorite movies was The Secret Garden. I loved the idea of living in a huge mansion with lots of doors and hidden spaces. I also LOVED the idea of a secret garden somewhere on the grounds that was magical and full of light and beauty. END_OF_DOCUMENT_TOKEN_TO_BE_REPLACED

For the first time in almost five years, I went to Brookgreen Gardens.

I know, I know. That is shocking considering it is one of the most beautiful places along the Grand Strand other than the beach itself. END_OF_DOCUMENT_TOKEN_TO_BE_REPLACED

Every year, hundreds of thousands of visitors go to Myrtle Beach’s Broadway at the Beach to enjoy the outdoors, have some dinner and shop. Another main attraction is the crazy, starving fish that populate the manmade lakes that make up Broadway at the Beach. Here is a story about what visitors think about the fish and where they came from:

Five-year old Karley Reynolds didn’t quite know what to think about the hundreds of starving fish mouths staring up at her Friday afternoon at Broadway at the Beach.
“They are icky,” she said with a look of disgust on her face. “But they are funny.”
As soon as Reynolds held her arm through the railings on the bridge, the fish seemed to go crazy.
“How can they tell I have food?” she asked her mother.
One by one, Reynolds gave the flopping fish pellets of food.
Each fish seemed to be trying to get the most food possible and was willing to do absolutely anything — including almost hopping out of the water — to get that extra bite.
Making the fight even harder for these large aquatic animals are the ducks also vying for the same morsels of food.
“There are so many of them and they seem to be starving,” said Fatundra Speight, of Greensboro, N.C. “How can they be so hungry?”
With the thousands of visitors each day that pass through of Myrtle Beach’s top shopping destinations per day, it’s not likely the fish are starving.
However, that doesn’t stop many visitors from digging at least one quarter out of their pocket and putting it in the gum-ball type machine to get some food pellets to feed the fish.
Wondering how these legions of fish came to call Broadway at the Beach home?
Melissa Armstrong, marketing manager at Broadway at the Beach, said Burroughs & Chapin purchased thousands of Israeli Carp, Catfish, Japanese Carp, Bream and Hybrid Bass to stock the body of water now affectionately know as Lake Broadway, when the complex opened in 1995.
Since being put in the pond, the fish have multiplied well beyond the number originally purchased.
“We can’t begin to guess the number of fish in the lake,” Armstrong said. “In 1995, Burroughs & Chapin purchased a total of 29,000, but we don’t know how many there are now.”
Sometimes the fish are so densely packed together in the lake that the ducks competing for their food can actually stand on the solid ground created by fish heads and bodies.
When asked about visitors’ general reaction to the fish Armstrong says most people love them.
“They absolutely love them. We have posed the question ‘What [are] your favorite things about Broadway at the Beach?’ on Facebook and it is amazing the number of responses we receive related to feeding the fish,” she said.
Steve Hammond, a visitor from Star, S.C., agrees.
“We come to Myrtle Beach and Broadway at the Beach every year and we always take a few minutes to feed the fish,” he said. “I can’t believe they always seem so hungry. They must get plenty of food.”
According to Armstrong, Hammond’s assumption is correct. The fish get so much food from visitors that the Broadway at the Beach staff does not need to provide food for the fish at all.
Aubrey Geppert, 14, of West Virginia, said her first time feeding the fish was on a recent visit to Broadway and that after looking at them she can’t help but imagine them saying “gimme food” over and over again.
“It seems to be the only thing they think about,” she said.
Even with so many fish feeding enthusiasts, one method of feeding the fish remains taboo. Though many visitors will attest to having seen other patrons spit into Lake Broadway to “feed the fish,” not one would admit to having done so themselves.
Then there’s the folks for whom the fish take on a deeper meaning beyond just simple entertainment. One visitor, Gail Ford, was astonished by the fish and said that she dreams of schools of fish whenever someone she knows is pregnant.
“It is crazy, but I see fish just like these in my dream,” she said. “It is weird.”